In her groundbreaking book, Theory of Adaptation, Linda Hutcheon observes that although “adaptations are everywhere today,” Western culture has a long tradition of “borrowing and sharing” and that among the many motivations for adapting a work, or translating it from one medium to another, is the wish to “pay tribute” through a process of creation that involves both “(re-)interpretation and then (re-)creation.”[i] Drawing on philosopher Walter Benjamin, she argues that adaptation “has its own aura,” its “own presence in time and space” and she sees the “text” in Roland Barthes’s terms, as a plural “stereophony of echoes, citations, and references.”[ii] With these ideas in mind, I interviewed two filmmakers who have clearly paid tribute to Susan Glaspell’s classic works Trifles and “A Jury of her Peers” by translating them to the screen in two independently realized films for different generations of viewers. Each filmmaker brings her particular vision, her dialogue with the text, and her distinctive talents and professional skills to her individual project. The result is a rich legacy of cinematic adaptations that not only brings Glaspell’s work into the twenty-first century but also returns us to her stories with more questions and insights.

Sally Heckel is an independent filmmaker who directs, writes, edits, produces and often shoots her films. She is the recipient of many awards and grants, including the National Endowment for the Arts, the American Film Institute, and the New York State Council on the Arts. Her half-hour awarding-winning film A Jury of Her Peers was produced in 1980 and nominated for an Oscar for best dramatic live-action short. It has been featured in numerous festivals and aired on PBS. The film was re-released and is currently distributed by Women Make Movies.[iii]

Pamela Gaye Walker comes to her 2008 film Trifles from a 25-year career in theatre, television and film as an award-winning actor, director, producer, and writer. She attended Broadway’s Circle in the Square Theatre Conservatory in New York and co-founded Walker Productions in Chicago among several other theatrical enterprises. She frequently teaches acting at Pixar Studios and is currently in development on future film projects with her company Ghost Ranch Productions. Her film, Trifles, is distributed through the Ghost Ranch Productions website.[iv]

I had the good fortune of being able to bring together both filmmakers for a lively dialogue that offered us the opportunity to share observations and insights about Glaspell’s play, story, and her legacy. The artists viewed each other’s films and shared their reflections about their motivations and aesthetic choices. It is our hope that this conversation stimulates further adaptations and reproductions of Trifles and “A Jury of Her Peers” in a range of mediums.

Q: I’d like to begin our dialogue by citing film theorist Robert Stam’s premise that adaptation is an “ongoing dialogical process,” and a form of interpretation: “We often read a literary work through our interjected desires, hopes, and utopias, and as we read we find our own imaginary mise-en-scene of the literary work on the private stages of our minds.”[v] Building on Stam’s insights, my first set of questions addresses your respective entry points to Glaspell’s work. What drew you to “A Jury of Her Peers” or Trifles? And discuss why you chose the story or the play, because each of you chose different source texts, at least for your titles. What idea or image or theme motivated you to envision it on screen?

Pamela: I was in college, studying to be an actor. During this time I was also in a feminist studies class, the first class of its kind given at the University of Notre Dame. As we began gathering relevant articles in the newspaper, all these feelings rushed forward. I’d grown up in a sexist household with three older brothers. My dad didn’t open a silverware drawer or turn on the stove. Suddenly, I was with a group of women, studying women. Then I was cast as Mrs. Peters in Trifles! The play has stuck with me ever since.

Q: What year was this?

Pamela: That was in the ‘80s. Later, I had a successful acting career in Chicago, mainly in the theatre. Flash forward 20 years. I land at Pixar Animation Studios and I’m teaching acting. Pixar University, P. U., is an employee enrichment program. In my classes, I had aspiring directors, lawyers, production assistants, animators, and security personnel . . . you name it. I found a wonderful cast and during a 12-week acting class I rehearsed Trifles, and presented it on their main stage – a state of the art screening room. Trifles was a big hit, and soon after they asked me to do it as a film. I adapted the script, they built the set, and gave me a small budget.

Q: Did you work with non-professional actors for the film?

Pamela: Yes. With limited time and budget, I used an all Pixar cast and crew. The woman who played Mrs. Hale was a theatre major in college, and some of the others had taken previous acting classes with me at Pixar. I think they did an excellent job.

Q: Just to clarify, Pamela, before we ask Sally the same question, what drew you to direct Trifles at that time? Were you motivated by having acted in the play and wanted to do your own staging of it? It seems that after that production you were intrigued by others’ interest in a film version, and their actual suggestion that you do the film?

Pamela: Yes, acting in the play had a huge impact on me. My cast’s enthusiastic interest in doing a film version was very intriguing. We did a nice amount of pre-production, and had an amazing team in post-production. I loved working with my editors and composer as well.

Q: Thank you, Pamela. I’m going to pose the same question to Sally. What drew you to choose Glaspell’s “A Jury of Her Peers” as your source text, rather than Trifles, Pamela’s inspiration?

Sally: Well I read it first. I didn’t know about Trifles, but I read “Jury” in the early ‘70s in a magazine that came out called Up From Under. [vi]

Sally: It only came out a few times, but it was wonderful, and they printed “A Jury of Her Peers.” I read it, and I just got chills reading it, and I thought, this would make a great movie because film could really add to it, show you the details that Glaspell tells you about.

Q: So you didn’t know about Trifles? You were working only from the story?

Sally: No, the publication mentioned the play, and I read Trifles, but I always worked from the story, because that’s what I read first.

Q: For any other reason?

Sally: Well, actually when I read – I’m remembering now – when I read the play I was surprised at some of the changes from play to story. I saw that a year later Glaspell had changed some of the lines and given them to another character. You know, Mrs. Peters said some things that she had Mrs. Hale say, which made more sense to me. 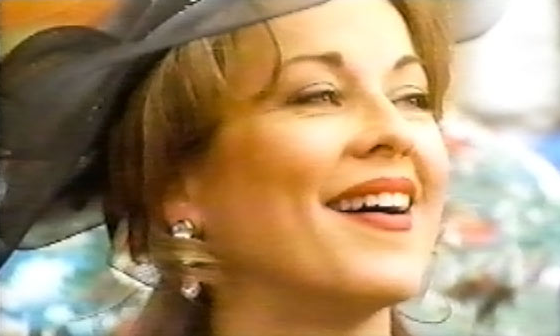 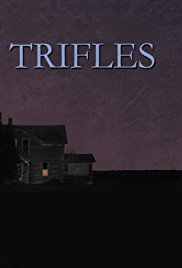